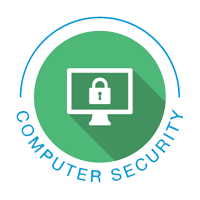 While small and mediums sized business cyber attacks are on the rise, there are still many business owners who can’t understand why a hacker would even bother with their small business.  There are a few reasons we will explore which should make it clear that not only are SMBs in the cross-hairs of threat actors but they are the MOST LIKELY target.

These reasons make it critical for SMBs to make sure that they use  a layered approach to cyber security making it more difficult for a hacker to achieve their goal.  If you can dissuade them a little, they will move on to easier targets.